This is the story of how a Vice President of Sales for a small office-seating manufacturer applied The Five Laws of Stratospheric Success to turn itself around from losing money, or just breaking even, year after year, and who had just seen it’s largest decline in annual revenue. The company had just done “OK” during the good economy, but the economy was hit hard with two massive downturns and the business’s success was looking bleak...

The owner of the company was a “Go-Taker” who had his focus on one thing – To make money, and to make money without the thought of adding value to anyone else but himself!

Haven’t we all been around people like that, or at least known of them?

You know what’s funny; they never tend to achieve the results they think they should.

When you think of it, it’s pretty clear to see why as their focus is always on THEIR interests, THEIR thoughts and what’s important to THEM – It’s about THEIR world and how they can add value to themselves from the moment they wake up, to the time they go back to bed!

They are well intentioned people who are usually frustrated by the fact they never seem to reach the level of success they feel they deserve, and even for those Go-Takers that do reach a level of success, it’s usually short lived as they drop back to the level that frustrates them.

In a good economy these people can be hidden behind the reactive need for their products or services. They can be found walking around their offices or within their departments with an awkward posture and stone-cold look on their face creating an energy sensation of discomfort for everyone they pass.

Then, the pendulum swings and the economy changes, and the flow of reaction comes to a stop. This is when the Go-Taker becomes exposed.

Suddenly, they are childishly surprised at the fact that the competition is capturing their market, confused by why their staff isn’t working through their clock out time and incredibly upset and frustrated by their lack of commitment to the company.

This particular Go-Taker was constantly frustrated by the fact that he had never achieved and sustained the level of success he felt he was due, which is often the trait of a Go-Taker, who even if they reach success, seldom stay there.

The time had come to either sell the company for what little it was worth, or reinvest in the company and try something different.

After reviewing the options with his business consultant, he decided to try something different… That difference was to hire someone with a corporate background who would implement the structure, policies and procedures that they both felt were the missing link to success.

Within a month he had found, what he felt, was the right candidate with the perfect resume. A month later, that person had left their corporate position and was now the new Vice President of Sales.

However, little did the owner know, his new Vice President was in fact a Go-Giver who had achieved success by putting other people’s interests first and with a focus on adding value to everyone he met!

On the other side, the Vice President didn’t know that he was now working for a Go-Taker who was only interested in putting his own interests first! – It was a perfect marriage!

The first few months were interesting to say the least.

The new Vice President was going to the different departments - operations, customer service, shipping, and engineering, asking for “customer focused requests” only to find delayed responses with employees answering, “Give me five minutes and I’ll get back to you.”

They had been so focused on “protecting” the company and themselves, and were now being asked for something that made them uncomfortable because they feared they would lose their job, as it was an opposite mindset to the owners. So, their response was to run to the owner for approval 1st in order to protect their job rather than just responding to the requests with a simple “Yes”.

Fortunately, the owner was desperate enough and it was early enough in the hire that he allowed the requests to go forward. The Vice President started to shift the culture from one of ‘getting to giving’ by continuing to ask questions to the employees.

“How can I make your job easier?”

“What is important to you and how can we add more value to our customers?”

Asking customers and potential customers questions such as:

“What’s important to you and your company?”

“How can we add value to you and your company?”

“What can we do that would help to increase the profitability of your company?”

Over the next few months, the owner could see that the Vice President was starting to make a difference, but not by implementing the policies, procedures and structure he was expecting.

It was purely by focusing on people!

He was happy with the progression, until one day the Vice President entered his office with a business plan on how to further increase sales, which included the first law of Stratospheric success – The Law of Value, “Your true worth is determined by how much more you give in value than you take in payment”

You can imagine the owner’s reaction, he had just released some of the control by allowing the customer focused requests to go through, and now he was being asked to approve a plan which focused on “giving more in value than he took in payment!”

It didn’t go down well!

It didn’t go down well until the Vice President was able to explain the difference between price and value. The office chairs they were manufacturing had become a commodity, and the overseas manufactures were now exporting chairs into North America that looked the same, but were half the price, and the majority of project opportunities had became a “price war” that never ended well.

To shift to value would mean they would become a resource that would attract a different audience, and move them into a more profitable arena.

A few weeks later, the owner approved the plan, a plan the Vice President had created by asking customers and its’ own employees.

These questions were based around five key areas – Excellence, Empathy, Appreciation, Consistency and Attention.

Customer service was now answering the telephone and calling people by their name, and offering solutions if they didn’t have the right answer to a request. Engineering was responding within 24 hours and approving modification requests, and chairs were being shipped out to the end users without the need for the re-sellers to put them together.

For the first time in years, the owner was genuinely happy and would often meet with the Vice President and say, “This is great, I’m making money! How can I make more money!”

How can I make more money?

He still wasn’t learning! The Vice President would respond, “Why don’t we increase your entertainment budget so you can play more golf, and how about you book another vacation?”

The results of the second law of stratospheric success were starting to show and he didn’t want the flow to be stopped now!

The second law of success is “The Law of Compensation” which states, “your income is determined by the number of people you serve and how well you serve them.”

When the company was focused on price it had attracted small re-sellers that were selling to small companies, both of which had price as their main focus – A typical re-seller would have two or three sales people and a typical order from a company would be for ten to twenty chairs.

However, now the focus was on value, the company had attracted larger re-sellers who had six to ten sales people who were focused on larger fortune 100 and 500 corporations. The larger corporations were ordering two to three hundred chairs! A dramatic increase in sales people and in the quantity of chairs being ordered!

It wasn’t until law number three came into play that the company really started to achieve brand awareness and significant growth. Law number three is, “The Law of Influence,” which states “Your influence is determined by how abundantly you place other people’s interests first.”

Simply put, take yourself out of the picture and focus on how you can add value to the specific person or people you are talking to. The underlying premise of this law is the golden rule of business which states, “All things being equal, people will do business with and refer business to people they know like and trust.”

The company had developed a network of larger re-sellers that were referring the line of chairs to larger independent rep groups and were now asking them to drop the seating line they currently represented and take on this one!

A massive shift from the small to larger independent reps increased the companies representation by 300%, gave them showroom presence in major markets, aligned their brand with well known and sought after value driven brands, and increased their exposure to the architect and design community where their products were now being specified as a solution the larger re-sellers were required to buy!

I am here to say “Absolutely NOT!”

It’s not naïve and it’s not unrealistic, and I can say that with great confidence because I’m no longer the VP of Sales for that office-seating manufacturer. They were acquired by a major corporation, who paid 800% more than the company was worth before the 5 Laws of Stratospheric Success were implemented!

Give it a try, you'll see an improvement in employee motivation, purpose, and of course business growth.

"The Sales Pro University" is The Sales Course Every Salesperson Should Get...

Applied Excellence has found the secret to long lasting online sales training content, with over 10,

Getting a Sales Job without Sales Experience

Authentic influence is CRITICAL to your SUCCESS [EXERCISE INCLUDED] 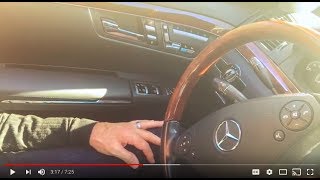 Top Motivational Keynote That Will Energize Your Conference

5 Very Important Sales Presentation Tips To Get You Closing Faster

We have all been there in the world of sales, stuck.

"The Sales Pro University" is The Sales Course Every Salesperson Should Get...

Applied Excellence has found the secret to long lasting online sales training content, with over 10,

How To Develop Resilience In Your Professional and Personal Life

Your Actions Determine How Successful You Will Be

Why Do You Do What You Do? Find Your Purpose

Getting a Sales Job without Sales Experience

Authentic influence is CRITICAL to your SUCCESS [EXERCISE INCLUDED]